"Gender, Sex, and Power: Towards a History of Clergy Sex Abuse in the U.S. Catholic Church"

Nominations Open for The MIDORI Prize for Biodiversity 2020 in Tokyo

Call for Applications, World Forum for Democracy 2017 in France

The World Forum for Democracy is a platform for dialogue and innovation dedicated to democracy which promotes the Council of Europe principles across the world. A unique event of its kind, it deals with challenges facing democracy taking as a starting point innovative initiatives and practice, and fostering debate between different actors in order to find SOLUTIONS. The Forum highlights and encourages democratic innovation to strengthen the foundations of democratic societies. A democratic exercise in itself, the Forum aims at giving the people – demos – their rightful place in political decision-making. It thus contributes to the evolution of democracy towards more participatory and inclusive structures and institutions.

The objective of the World Forum for Democracy 2017 is to review novel initiatives and approaches which can enhance democratic practices and help parties and media, but also other political actors, to re-connect to citizens, make informed choices and function optimally in 21st century democracy.

The idea of the labs is to address specific issues through the critical analysis of tested initiatives. The initiatives will be presented in short speeches of ten minutes and critically assessed by multidisciplinary panels and participants in the labs. The key conclusions and lessons learnt from the labs will be discussed in a summing up session in order to prepare the overall conclusions for the Forum.

Any public or private organisation is eligible to apply. One presenter for the selected initiatives will be invited to Strasbourg to take part in the World Forum.

Interested organisations/institutions (and in particular media outlets and political parties) worldwide are invited to express their interest in presenting an initiative aimed at re-building trust in media and in political parties and promoting changes in their ethos, organisation, funding and operations to bring media and parties closer to citizens and more responsive, and accountable.

Travel and accommodation expenses  may be covered by the Council of Europe if required.

Submissions should be made by answering the questionnaire in the appendix and sending it to  forum_democracy@coe.int by 30 April 2017. The World Forum Task Force will select the most interesting and relevant proposals in May 2017. 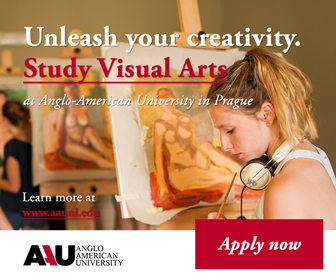