TEDxKhazarUniversity Event to be held at Khazar University

Applications for admission are accepted on a continuous basis!

The Most Educated Countries in the World

College graduation rates continued to improve around the world during the recession, according to a recent international economic study. In more developed countries, the percentage of adults with the equivalent of a college degree rose to more than 30% in 2010. In the United States, it was more than 40%, which is among the highest percentages in the world.
However, improvements in higher education are harder to achieve in these countries. More developed economies have had the most educated populations for some time. While these countries have steadily increased education rates, the increases have been modest compared to developing economies. At just above 1%, the U.S. has had one of the smallest annual growth rates for higher education since 1997. In Poland, an emerging market, the annualized rate was 7.2% from 1997 to 2010.
The Organization for Economic Cooperation and Development’s (OECD) Education at a Glance 2012 report calculated the proportion of residents with a college or college equivalent degree in the group’s 34 member nations and other major economies. Based on the report, 24/7 Wall St. identified the 10 countries with the highest proportion of adults with a college degree.
The majority of countries that spend the most on education have the most educated populations. As in previous years, the best educated countries tend to spend the most on tertiary education as a percentage of gross domestic product. The United States and Canada, among the most educated countries, spend the first and third most respectively.
In an interview with 24/7 Wall St., OECD’s Chief Media Officer Matthias Rumpf explained that educational funding appears to have a strong relationship to how many residents pursue higher education. Private spending on educational institutions relative to public expenditure is much larger in the countries with the highest rates of college-equivalent education. Among the countries with the highest proportion of residents with a tertiary education, a disproportionate amount of spending comes from private sources, including tuition and donations. The OECD average proportion of private spending is 16%. In the U.S., 28% of funding comes from private sources. In South Korea, another country in the top 10, it is more than 40%.
Having more education helped people all over the world stay employed during the recession, according to the OECD. Between 2008 and 2010, unemployment rates among developed nations jumped from 8.8% to 12.5% for people with less than a high school education, and from 4.9% to 7.6% for people with only a high school education. For those with the equivalent of a college degree or more, the jobless rate went from 3.3% to just 4.7%.
Among the 10 countries with the highest proportion of educated adults, unemployment rates for those with a college equivalent ranged from 2.8% in Australia to 5.4% in the Canada. In each country, the rate remained lower than that country’s national average.
The OECD provided information on the percentage of residents aged 25 to 64 with a tertiary education for each of its 34 member countries, as well as for eight other nations. 2010 statistics on educational attainment, graduation rates, GDP per capita and unemployment rates also were provided by the OECD. The latest figures covering country-level education expenditure are from 2009.
These are the 10 most educated countries in the world.
1. Canada 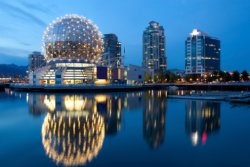 Canada is the only nation where more than half of all adults had a tertiary education in 2010. This was up from 40% of the adult population in 2000, when the country also ranked as the world’s most educated. Canada has managed to become a world leader in education without being a leader in education spending, which totaled just 6.1% of GDP in 2009, or less than the 6.3% average for the OECD. A large amount of its spending went towards tertiary education, on which the country spent 2.5% of GDP, trailing only the United States and South Korea. One of the few areas Canada did not perform well in was attracting international students, who made up just 6.6% of all tertiary students — lower than the OECD’s 8% average. 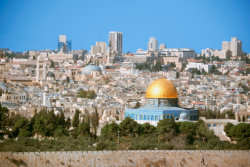 Israel only joined the OECD in 2010. That year, its GDP per capita was more than $7,000 below the OECD’s average. Despite this, the country’s high school graduation rate was 92% in 2010, well above the OECD’s 84% average. Some 46% of residents had a tertiary education, versus 31% for the OECD. Israel spent 7.2% of GDP on educational institutions in 2009, the sixth most among all nations. And for the first time, preschool education will become free in 2012 even for children as young as three years old, Haaretz newspaper reported. This should benefit Israel as, according to the OECD, “early childhood education is associated with better performance later on in school.” 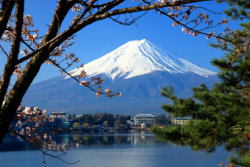 In 2009, Japan spent 1.6% of GDP on college or college equivalent education, on par with the OECD’s average, and just 5.2% of GDP on education overall, well below the OECD’s 6.3% average. Despite its relatively light spending, the country still had a high school graduation rate of 96%, the second best among all nations in 2010, while the percentage of its population with a tertiary education was 14 percentage points higher than the OECD’s average. However, according to The Wall Street Journal, recent university graduates in Japan have struggled to find work, with 15% those graduating in the spring of 2012 neither employed nor enrolled in further education as of August. 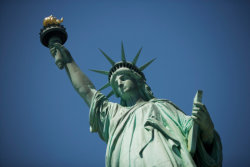 Although the U.S. is one of just a few nations where more than 40% of people had a tertiary education in 2010, its education system is not without problems. Among the concerns, the graduation rate for upper secondary students in 2010 was 77%, well below the average rate of 84% for the OECD. Even though graduation rates were relatively low, the U.S. is one of the biggest spenders on education, with related expenditures equaling 7.3% of GDP in 2009. The U.S. was also the world’s largest spender on tertiary education in 2009, at 2.6% of GDP. The majority of funds for higher education, totaling 1.6% of GDP, came from private sources. 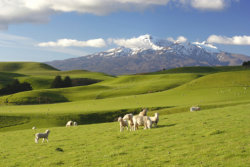 The tiny country’s population has grown 13.2% between 2000 and 2010, as has the country’s education system. The number of people with a college or college equivalent education rose from 29% to 41% over the period. The country also has become a destination of choice for international students, who made up 14.2% of tertiary students in 2010. New Zealand is also a leader in educating scientists, with 16% of students choosing a science for their field of study at the tertiary level — the highest proportion of any country. 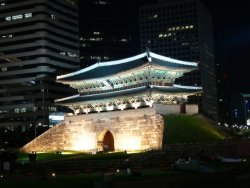 Between 2000 and 2010, the percentage of South Koreans with a college education or more rose from 24% to 40%. In addition to being well-educated, many residents also invested considerable amounts towards their schooling. In 2009, only Iceland spent more than South Korea’s 8% of GDP. That year, no country in the study contributed more private funds for education at all levels than South Korea, at 3.1% of GDP, or for tertiary education, at 1.9%. Despite the investment, education does not appear to have a measurable impact on job seekers. The unemployment rate in 2010 for those with a tertiary degree was 3.3% — low relative to the OECD average of 4.7%, but not much lower than the 3.7% rate for all workers in the country. 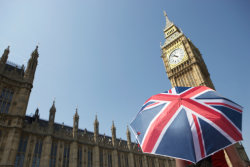 Between 2000 and 2010, the percentage of U.K. residents with a tertiary education rose 12 percentage points. The country’s universities are also popular among students from other nations. International students make up 16% of enrollment. The country recently has had a shift in how education is financed. While in 2000 the percentage of funds from private sources was 14.8%, it rose to 31.1% by 2009. Students also must cover more of the cost of higher education than in the past, as the cap on tuition fees was raised from 3,290 pounds to 9,000 pounds for the 2012-2013 year. 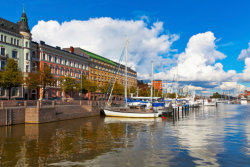 Finland spent 6.4% of its gross domestic product on education in 2009, with 97.6% of these funds coming from public sources, more than any country in the report. Between 2000 and 2010, high school graduation rates rose by just two percentage points, while the number of people with a college education or more rose by just six percentage points. As a result, Finland fell from fourth to eighth place among the world’s most educated countries. Finnish workers with a tertiary education were far more likely to be employed than those without such an education — the unemployment rate was 4.4% for residents with a degree and 8.4% for those without. 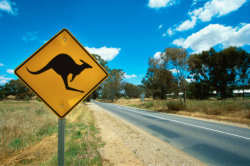 Australia is a preferred destination for many international students, which is why it should come as no surprise that they accounted for 21.2% of the country’s tertiary students in 2010, higher than every country other than Luxembourg. Finding a job in the country is not especially hard for those with a college degree. The country had an unemployment rate of just 2.8% in 2010 for workers with a tertiary degree, compared to a rate of just 5.2% for all workers. 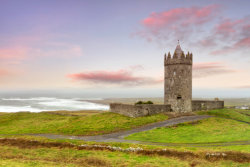 From 2000 through 2010, the percentage of people with a college education or more in Ireland nearly doubled, rising at an annual average of 7.3% — faster than any country in the study. High school graduation rates also rose during that time, from 74% to 94%. Education has become especially critical for male job seekers in Ireland’s workforce, as 6.3% of men with a tertiary education were unemployed in 2010 versus 15.2% for all men nationwide.
Tags: news
Tweet