Call for Contributions: “Women in Central Asia: Past and Present”

Erasmus+: over €28 billion to support mobility and learning for all, across the EU and beyond 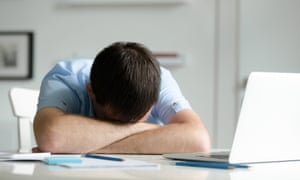 The Essex University study found that those going straight into employment without taking unpaid work experience are likely to earn more at a later stage. Photograph: Fizkes/Getty/iStockphoto

Almost every graduate taking an unpaid internship can expect to be worse off three years later than if they had gone straight into work.

That is the shock finding of the first survey of its kind of the career trajectories of tens of thousands of students over a six-year period.

The study, conducted by the Institute for Social and Economic Research at the University of Essex, reveals that, three-and-a-half years after graduating, former interns face a salary penalty of approximately £3,500, compared with those who went straight into paid work, and £1,500 compared with those who went into further study. Interns who were privately schooled or had parents in professional occupations also found themselves worse off, albeit by not as much.

Dr Angus Holford, who carried out the study, said it showed that many graduates who took internships would end up disappointed if they thought it would put them on the path to success in a favoured career.

The study also found that those who took internships were less likely to go on to professional or managerial roles or be satisfied with their career compared with those who had gone straight into work.

Compared with those who went onto further study, an internship reduced the probability of a graduate working in a professional or managerial role, or being very satisfied with their career, by 15 and 8.8 percentage points respectively.

Holford said that one reason for the earning disparity could be that graduates who took an internship were delaying the start of their careers which could often see them end up in entirely different occupations from the ones in which they did their work placements.

More than a third of graduates who took an internship – 38% – did so as an experiment to see if they would like the type of work it involved.

“If you are not able to find a job straight away, you’ve missed the graduate intake, that boat has sailed and you are left behind. If you take a while to get promoted you might be a little bit behind. Or you might get side-tracked into a different career trajectory.”