FREE COURSES to upskill in 2023

Upskill yourself in 2023 with these high-quality FREE courses! 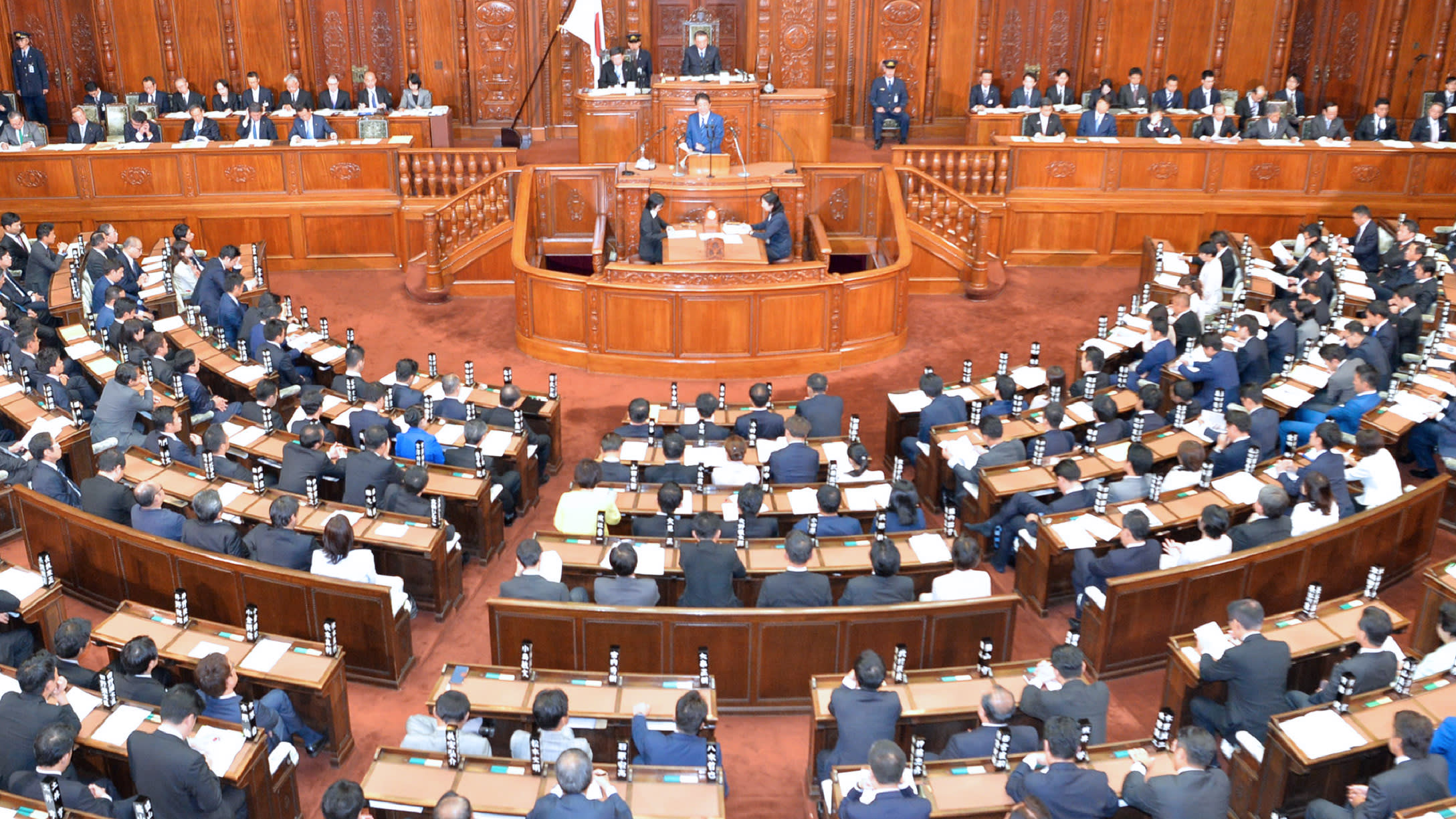 Japan's Prime Minister Shinzo Abe delivers his policy speech at the lower house of parliament in Tokyo on Oct. 24. (Photo by Toshiki Sasazu)

TOKYO -- Japan will create a new residence status to make it easier for more "work ready" foreigners to enter the country, Prime Minister Shinzo Abe said in his policy speech to open an extraordinary session of parliament.

To deal with the country's severe labor shortage, the government plans to accept "foreign personnel who have a certain level of expertise and thus are work-ready," Abe told both houses of the Diet on Wednesday.

It was Abe's first speech to the Diet since he was re-elected in September as president of his ruling Liberal Democratic Party for a third consecutive term.

While allowing more skilled workers into the country, the government will set up a new agency to control immigration and residency as well as to "supervise businesses that accept [foreign workers] in a thorough manner," the prime minister said.

In light of criticism over cases in which foreign technical trainees have been forced to work in poor conditions, Abe said the government intends to ensure trainees are paid the same as Japanese. He also vowed to take other measures in this regard.

The prime minister also spoke about the planned consumption tax increase to 10% from 8% that is to take place next October. "We will deploy all possible measures to make sure the hike does not affect the domestic economy," he said.

As for a Japan-U.S. agreement to negotiate lower tariffs or abolish them completely, Abe said Tokyo and Washington have agreed to handle agricultural products on terms of previous economic partnership agreements. "I want to deliver results that would benefit both countries," Abe said.

Abe also spoke of amending Japan's postwar constitution, something he promised while campaigning ahead of his party's presidential election. He said the LDP will submit copies of a draft revision to the constitutional commissions of both Diet houses and make every effort to earn the public's understanding.

The LDP drafted revisions in March that include maintaining the current text of the war-renouncing Article 9 while adding a "second Article 9" clarifying the status of the Self-Defense Forces.

"I will sum up Japan's postwar diplomacy," Abe said, adding that Northeast Asia remains in a cold war posture. The prime minister said he would meet face-to-face with North Korean leader Kim Jong Un, that he intends to ease the mutual mistrust between the two countries, resolve past abduction cases as well as settle nuclear and missile issues with North Korea.

Abe also said he intends to reconcile the "unfortunate" past while working toward normalizing diplomatic ties. "I will take every opportunity to resolve the abduction issue at the earliest possible time," Abe said.

In previous decades, North Korean agents kidnapped Japanese and spirited them away to North Korea.

With a visit to China scheduled for Thursday, "I intend to dramatically increase exchanges at all levels and bring Sino-Japanese relations to a whole new level," Abe said.